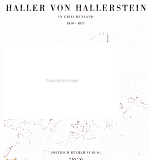 First-time novelist Mary-Lou Zeitoun's 13 wryly evokes an unavoidable time and place in everyone's life -- the teenage years -- without rendering the experience into saccharine nostalgia. Zeitoun's imitation of the adolescent voice is dead-on, without falling into repetitious teenspeak.

"Our ambition with this book is that it helps tranform at least a few inter-state water conflicts, by providing a lucid way to understand and to address their complex nature. The need for clarity is urgent, if researchers and analysts are to assist all those who are caught up in, and suffer from, water conflicts. While we wrote this book, mothers in Aleppo dodged snipers' bullets as they collected water for their children - just as so many mothers before them did, in Jenin in 2002, Sarajevo in 1994, Beirut in 1985, Leningrad in 1943, and Warsaw in 1944 and 1914. Explosive weaponry, designed to penetrate eighteen-inch thick concrete bunkers, ripped through the zinc roofs of several water treatment plants in Iraq; drinking water channels were demolished in Dombass; cholera spread through wastewater in Yemen, and superbugs mutated in the wastewater in Gaza. In most cases, the repair crews who risked their lives to supply clean water were denied access or shot at. The Bolivian Lake Poopó dried up as we were finishing the first draft of our early chapters. Caused by unregulated abstractions for agriculture and mining, this catastrophe evidences our collective inability to adequately manage human need for food and minerals, and human greed for money. However, it seems we have not learnt lessons from our past mistakes - rather we appear intent on repeating them. Lake Poopó has now joined the well-documented graveyard water bodies of Lake Urmia, Lake Tulare, the Oglala (or Ogallala) and Ceylanpinar Aquifers and the Dead Sea (and others counting). Each of these is an example of how tensions generated in the political and economic systems that run our lives can devastate our relationship and reliance upon the natural environment. Cambodia's Tonlé Sap Lake - not to mention millions of its fish and thousands of local fishermen - is currently at risk because of upstream dams in Laos, Thailand and China (see Box Matthews). The likely outcome is that the monsoon-driven flood-pulse of the river is contained to such an extent that the Mekong river no longer washes back into the lake when it reaches the sea. This is a stark example of a worrying global trend, resulting from extensive construction of large dams building despite public-private-civil society consensus on their destructive downsides. Sea-land nutrients, which sea-to-river fish rely upon (most famously, salmon), have been virtually eliminated - with global nutrient flow standing at only 4% of historic levels. According to WWF, freshwater species' populations declined by 81% from 1970-2012, with an average annual decline of 3.9%"--