While surveying the major geopolitical regions of the globe, noted experts assess U.S. interests and policies and call for a reordering of priorities today. Each chapter on different regions calls for a rethinking of U.S. policy in the post-Cold War era. A provocative collection of views is developed into a coherent framework for reviewing U.S. policy around the world. For upper-level undergraduates and graduate students in courses in U.S. foreign policy and world affairs, for policymakers and general readers in political science, world history, and military studies.

With the end of Cold War discipline the world has entered a new era. Parameters have changed; new handicaps as well as new opportunities have been created for countries. Turkey as a neighbor of former USSR, a member of NATO and located at the center of a sensitive region covered by Caucasus, Balkans and Middle East, has been affected by the end of Cold War radically. Turkey has lost some of her bargaining cards in the new era and therefore has needed new arguments. This need encouraged Turkey to take active steps in Post Cold War era. This book analyzes Turkey s relations with US, EU, Balkans, Middle East, Caucasus, Central Asia, Russia, China and Japan. At the same time, effects of economic crises and domestic developments on foreign policy, Turkish model in Turkish foreign policy, water conflict and Kurdish problem are analyzed as well. To conclude, it is possible to argue that although Turkey lost some of her bargaining cards in Post Cold War era, new developments pushed Turkey to the center of world politics rather then to periphery. Contributors: Meliha Benli Altunisik, Deniz Ülke Aribogan, Hüseyin Bagci, Idris Bal, Zeyno Baran, Fulya Kip Barnard, Erol Bulut, Ibrahim S. Canbolat, Saziye Gazioglu, Ramazan Gözen, Saban Kardas, H. Bülent Olcay, Cengiz Okman, Henry E. Paniev, Victor Panin, Dirk Rochtus, Faruk Sönmezoglu, Gül Turan, Ilter Turan, Mustafa Türkes, Nasuh Uslu.

This book examines the use of military force as a coercive tool by the United States, using lessons drawn from the post-Cold War era (1991–2018). The volume reveals that despite its status as sole superpower during the post-Cold War period, US efforts to coerce other states failed as often as they succeeded. In the coming decades, the United States will face states that are more capable and creative, willing to challenge its interests and able to take advantage of missteps and vulnerabilities. By using lessons derived from in-depth case studies and statistical analysis of an original dataset of more than 100 coercive incidents in the post-Cold War era, this book generates insight into how the US military can be used to achieve policy goals. Specifically, it provides guidance about the ways in which, and the conditions under which, the US armed forces can work in concert with economic and diplomatic elements of US power to create effective coercive strategies. This book will be of interest to students of US national security, US foreign policy, strategic studies and International Relations in general. 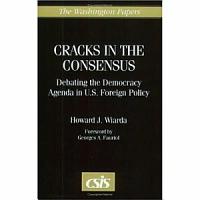 In the late 1970s, the United States often seemed to be a superpower in decline. Battered by crises and setbacks around the globe, its post–World War II international leadership appeared to be draining steadily away. Yet just over a decade later, by the early 1990s, America's global primacy had been reasserted in dramatic fashion. The Cold War had ended with Washington and its allies triumphant; democracy and free markets were spreading like never before. The United States was now enjoying its "unipolar moment"—an era in which Washington faced no near-term rivals for global power and influence, and one in which the defining feature of international politics was American dominance. How did this remarkable turnaround occur, and what role did U.S. foreign policy play in causing it? In this important book, Hal Brands uses recently declassified archival materials to tell the story of American resurgence. Brands weaves together the key threads of global change and U.S. policy from the late 1970s through the early 1990s, examining the Cold War struggle with Moscow, the rise of a more integrated and globalized world economy, the rapid advance of human rights and democracy, and the emergence of new global challenges like Islamic extremism and international terrorism. Brands reveals how deep structural changes in the international system interacted with strategies pursued by Jimmy Carter, Ronald Reagan, and George H. W. Bush to usher in an era of reinvigorated and in many ways unprecedented American primacy. Making the Unipolar Moment provides an indispensable account of how the post–Cold War order that we still inhabit came to be.

This book presents a novel analysis of how US grand strategy has evolved from the end of the Cold War to the present, offering an integrated analysis of both continuity and change. The post-Cold War American grand strategy has continued to be oriented to securing an ‘open door’ to US capital around the globe. This book will show that the three different administrations that have been in office in the post-Cold War era have pursued this goal with varying means: from Clinton’s promotion of neoliberal globalization to Bush’s ‘war on terror’ and Obama’s search to maintain US primacy in the face of a declining economy and a rising Asia. In seeking to make sense of both these strong continuities and these significant variations the book takes as its point of departure the social sources of grand strategy (making), with the aim to relate state (public) power to social (private) power. While developing its own theoretical framework to make sense of the evolution of US grand strategy, it offers a rich and rigorous empirical analysis based on extensive primary data that have been collected over the past years. It draws on a unique data-set that consists of extensive biographical data of 30 cabinet members and other senior foreign policy officials of each of the past three administrations of Clinton, G.W. Bush and Obama. This book is of great use to specialists in International Relations – within International Political Economy, International Security and Foreign Policy Analysis, as well as students of US Politics.

The United States has carved the world into five pieces, maintaining troops and military leadership in each. Yet outside military and defense circles, the potential impact of post-1990 American strategic reach-or perhaps overreach-has not been given sufficient attention. This timely reader fills this gap by collecting the perspectives of American presidents, policymakers, military officers, establishment think tanks, and critical scholars. The text and accompanying CD bring together in one place a synthesis of official and semi-official views of post-1990 regional security agendas and of the evolving perception of post-Cold War threat scenarios. The CD accompanying the book sends readers directly to major policy documents and studies described in the text. The book and CD combined offer teachers a unique resource, providing a wealth of stimulating material for the classroom that is sure to promote critical thinking and spark lively discussion and debate.

President Clinton and other U.S. officials have warned that "rogue states" pose a major threat to international peace in the post-Cold War era. But what exactly is a rogue state? Does the concept foster a sound approach to foreign policy, or is it, in the end, no more than a counterproductive political epithet? Robert Litwak traces the origins and development of rogue state policy and then assesses its efficacy through detailed case studies of Iraq, Iran, and North Korea. He shows that the policy is politically selective, inhibits the ability of U.S. policymakers to adapt to changed conditions, and has been rejected by the United States' major allies. Litwak concludes that by lumping and demonizing a disparate group of countries, the rogue state approach obscures understanding and distorts policymaking. In place of a generic and constricting strategy, he argues for the development of "differentiated" strategies of containment, tailored to the particular circumstances within individual states.

Domínguez has drawn together fifteen leading scholars on international relations and comparative politics from Latin America, the Caribbean, and the United States, thus bringing to bear varying national perspectives from several corners of the hemisphere to analyze the intersection between regional security issues and the democracy building process in Latin America. 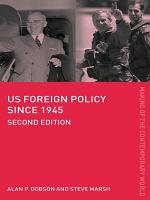 US Foreign Policy since 1945 is an essential introduction to postwar US foreign policy. It combines chronologic and thematic chapters to provide an historical account of US policy and to explore key questions about its design, control and effects. New features of this second edition include: expanded coverage of the Cold War new chapters on the post-Cold War era a chronology and a new conclusion that draws together key themes and looks to the future. Covering topics from American foreign policy-making, US power and democratic control, through to Cold War debates, economic warfare, WMDs and the war on terrorism, US Foreign Policy since 1945 is the ideal introduction to the topic for students of politics and international relations.

President Clinton's time in office coincided with historic global events following the end of the Cold War. The collapse of Communism called for a new US Grand Strategy to address the emerging geopolitical era that brought upheavals in Somalia and the Balkans, economic challenges in Mexico and Europe and the emergence of new entities such as the EU, NAFTA and the WTO. Clinton's handling of these events was crucial to the development of world politics at the dawn of the twenty-first century. Only by understanding Clinton's efforts to address the challenges of the post-Cold War era can we understand the strategies of his immediate successors, George W. Bush and Barack Obama, both of whom inherited and continued Clinton-era policies and practices. James D. Boys sheds new light on the evolution and execution of US Grand Strategy from 1993 to 2001. He explores the manner in which policy was devised and examines the actors responsible for its development, including Bill Clinton, Anthony Lake, Samuel Berger, Warren Christopher, Madeline Albright and Richard Holbrook. He examines the core components of the strategy (National Security, Prosperity Promotion and Democracy Promotion) and how they were implemented, revealing a hitherto unexplored continuity from campaign trail to the White House. Covering the entire duration of Clinton's presidential odyssey, from his 1991 Announcement Speech to his final day in office, the book draws extensively on newly declassified primary materials and interviews by the author with key members of the Clinton administration to reveal for the first time the development and implementation of US Grand Strategy from deep within the West Wing of the Clinton White House.

"In Mission Failure, Mandelbaum argues that, in the past 25 years, U.S. foreign policy has undergone a significant shift. Historically, U.S. foreign policy was oriented primarily toward threat reduction, but the U.S. military has turned in recent years to missions that are largely humanitarian and socio-political. Mandelbaum argues that ideologically-driven foreign policy--that which seeks to reconstruct societies along Western lines--generally leads to mission failure"--