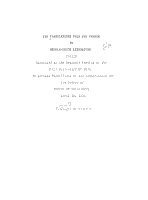 Since publication over ten years ago, The Translator’s Invisibility has provoked debate and controversy within the field of translation and become a classic text. Providing a fascinating account of the history of translation from the seventeenth century to the present day, Venuti shows how fluency prevailed over other translation strategies to shape the canon of foreign literatures in English and investigates the cultural consequences of the receptor values which were simultaneously inscribed and masked in foreign texts during this period. The author locates alternative translation theories and practices in British, American and European cultures which aim to communicate linguistic and cultural differences instead of removing them. In this second edition of his work, Venuti: clarifies and further develops key terms and arguments responds to critical commentary on his argument incorporates new case studies that include: an eighteenth century translation of a French novel by a working class woman; Richard Burton's controversial translation of the Arabian Nights; modernist poetry translation; translations of Dostoevsky by the bestselling translators Richard Pevear and Larissa Volokhonsky; and translated crime fiction updates data on the current state of translation, including publishing statistics and translators’ rates. The Translator’s Invisibility will be essential reading for students of translation studies at all levels. Lawrence Venuti is Professor of English at Temple University, Philadelphia. He is a translation theorist and historian as well as a translator and his recent publications include: The Scandals of Translation: Towards an Ethics of Difference and The Translation Studies Reader, both published by Routledge. 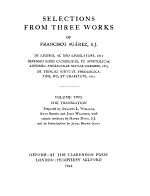 A masterpiece of Arabic love poetry in a new and complete English translation The Translator of Desires, a collection of sixty-one love poems, is the lyric masterwork of Muhyiddin Ibn ‘Arabi (1165–1240 CE), one of the most influential writers of classical Arabic and Islamic civilization. In this authoritative volume, Michael Sells presents the first complete English translation of this work in more than a century, complete with an introduction, commentary, and a new facing-page critical text of the original Arabic. While grounded in an expert command of the Arabic, this verse translation renders the poems into a natural, contemporary English that captures the stunning beauty and power of Ibn ‘Arabi’s poems in such lines as “A veiled gazelle’s / an amazing sight, / her henna hinting, / eyelids signalling // A pasture between / breastbone and spine / Marvel, a garden / among the flames!” The introduction puts the poems in the context of the Arabic love poetry tradition, Ibn ‘Arabi’s life and times, his mystical thought, and his “romance” with Niẓām, the young woman whom he presents as the inspiration for the volume—a relationship that has long fascinated readers. Other features, following the main text, include detailed notes and commentaries on each poem, translations of Ibn ‘Arabi’s important prefaces to the poems, a discussion of the sources used for the Arabic text, and a glossary. Bringing The Translator of Desires to life for contemporary English readers as never before, this promises to be the definitive volume of these fascinating and compelling poems for years to come.

The first full-length monograph on the history of the translation of the Bible into Chinese, this book tells a fascinating story beginning with Western missionaries working closely with Chinese assistants. They struggled for one hundred years to produce a version that would meet the needs of a growing Chinese church, succeeding in 1919 with publication of the Chinese Union Version (CUV). Celebrating the CUV's centennial, this volume explores the uniqueness and contemporary challenges in the context of the history of Chinese Bible translation, a topic that is attracting more and more attention. Peng's experiences give her a unique perspective and several advantages in conducting this research. Like the majority of readers of the CUV, she grew up in mainland China. When Chinese Christians went through severe political and economic ordeals, she was there to witness the CUV comforting those who were suffering under persecution. She has participated in Chinese Bible revision under the United Bible Societies. She was also director of the Commission on Bible Publication at the China Christian Council and chief editor of the CUV concise annotated version (1998).

"The Translator's Dialogue: Giovanni Pontiero" is a tribute to an outstanding translator of literary works from Portuguese, Luso-Brasilian, Italian and Spanish into English. The translator introduced authors such as Carlos Drummond de Andrade, Manuel Bandeira, Clarice Lispector and Jose Saramago to the English reading world.Pontiero's essays shed light on the process of literary translation and its impact on cultural perception. This process is exemplified by Pontiero the translator and analyst, some of the authors he collaborated with, publishers' editors and literary critics and, finally, by an unpublished translation of a short story by Jose Saramago, "Coisas."

This volume addresses the global reception of "untranslatable" concrete poetry. Featuring contributions from an international group of literary and translation scholars and practitioners, working across a variety of languages, the book views the development of the international concrete poetry movement through the lens of "transcreation", that is, the informed, creative response to the translation of playful, enigmatic, visual texts. Contributions range in subject matter from ancient Greek and Chinese pattern poems to modernist concrete poems from the Americas, Europe and Asia. This challenging body of experimental work offers creative challenges and opportunities to literary translators and unique pleasures to the sympathetic reader. Highlighting the ways in which literary influence is mapped across languages and borders, this volume will be of interest to students and scholars of experimental poetry, translation studies and comparative literature.