The Pearl That Broke Its Shell by Nadia Hashimi | Summary & Analysis Preview: The Pearl That Broke Its Shell by Afghan American novelist Nadia Hashimi tells an intergenerational story of two Afghan women whose lives are different but connected. Rahima, a teenage girl, lives in twenty-first-century Afghanistan. In the wake of Taliban rule, Afghanistan’s government is divided and the culture is fractured. Shekiba, Rahima’s great-great-grandmother, lives in early twentieth-century Afghanistan, under a monarchy. The plot moves back and forth between the two characters, chronicling their lives and the obstacles they face under oppressive patriarchal regimes. Rahima lives in a small village with her parents, her older sisters Shahla and Parwin, the latter born with a bad hip and a limp, and her younger sisters Rohila and Sitara. Her aunt, Khala Shaima, visits often, helps take care of the family, and tells the girls stories about their great-great-grandmother Shekiba. Rahima’s… PLEASE NOTE: This is summary and analysis of the book and NOT the original book. Inside this Instaread Summary of The Pearl That Broke Its Shell: Summary of the Book Important People Character Analysis Analysis of the Themes and Author’s Style About the Author With Instaread, you can get the key takeaways, summary and analysis of a book in 15 minutes. We read every chapter, identify the key takeaways and analyze them for your convenience.

Afghan-American Nadia Hashimi's literary debut novel is a searing tale of powerlessness, fate, and the freedom to control one's own fate that combines the cultural flavor and emotional resonance of the works of Khaled Hosseini, Jhumpa Lahiri, and Lisa See. In Kabul, 2007, with a drug-addicted father and no brothers, Rahima and her sisters can only sporadically attend school, and can rarely leave the house. Their only hope lies in the ancient custom of bacha posh, which allows young Rahima to dress and be treated as a boy until she is of marriageable age. As a son, she can attend school, go to the market, and chaperone her older sisters. But Rahima is not the first in her family to adopt this unusual custom. A century earlier, her great-great grandmother, Shekiba, left orphaned by an epidemic, saved herself and built a new life the same way. Crisscrossing in time, The Pearl the Broke Its Shell interweaves the tales of these two women separated by a century who share similar destinies. But what will happen once Rahima is of marriageable age? Will Shekiba always live as a man? And if Rahima cannot adapt to life as a bride, how will she survive? 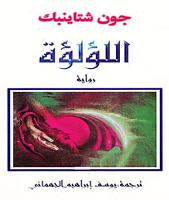 A short, powerful, illustrated book written by beloved novelist Khaled Hosseini in response to the current refugee crisis, Sea Prayer is composed in the form of a letter, from a father to his son, on the eve of their journey. Watching over his sleeping son, the father reflects on the dangerous sea-crossing that lies before them. It is also a vivid portrait of their life in Homs, Syria, before the war, and of that citys swift transformation from a home into a deadly war zone. Impelled to write this story by the haunting image of young Alan Kurdi, the three-year-old Syrian boy whose body washed upon the beach in Turkey in September 2015, Hosseini hopes to pay tribute to the millions of families, like Kurdis, who have been splintered and forced from home by war and persecution, and he will donate author proceeds from this book to the UNHCR (the UN Refugee Agency) and The Khaled Hosseini Foundation to help fund lifesaving relief efforts to help refugees around the globe.

Perfect for fans of Rita Williams-Garcia, Thanhha Lai, and Rebecca Stead, internationally bestselling author Nadia Hashimi’s first novel for young readers is a coming-of-age journey set in modern-day Afghanistan that explores life as a bacha posh—a preteen girl dressed as a boy. Obayda’s family is in need of some good fortune, and her aunt has an idea to bring the family luck—dress Obayda, the youngest of four sisters, as a boy, a bacha posh. Life in this in-between place is confusing, but once Obayda meets another bacha posh, everything changes. Their transformation won’t last forever, though—unless the two best friends can figure out a way to make it stick and make their newfound freedoms endure. Nadia Hashimi’s first novel for adults, The Pearl That Broke Its Shell, was a bestseller that shares a bacha posh character with One Half from the East.

An Afghan American woman returns to Kabul to learn the truth about her family and the tragedy that destroyed their lives in this brilliant and compelling novel from the bestselling author of The Pearl That Broke Its Shell, The House Without Windows, and When the Moon Is Low. Kabul, 1978: The daughter of a prominent family, Sitara Zalmani lives a privileged life in Afghanistan's thriving cosmopolitan capital. The 1970s are a time of remarkable promise under the leadership of people like Sardar Daoud, Afghanistan's progressive president, and Sitara's beloved father, his right-hand man. But the ten-year-old Sitara's world is shattered when communists stage a coup, assassinating the president and Sitara's entire family. Only she survives. Smuggled out of the palace by a guard named Shair, Sitara finds her way to the home of a female American diplomat, who adopts her and raises her in America. In her new country, Sitara takes on a new name--Aryana Shepherd--and throws herself into her studies, eventually becoming a renowned surgeon. A survivor, Aryana has refused to look back, choosing instead to bury the trauma and devastating loss she endured. New York, 2018: Forty years after that fatal night in Kabul, Aryana's world is rocked again when an elderly patient appears in her examination room--a man she never expected to see again. It is Shair, the soldier who saved her, yet may have murdered her entire family. Seeing him awakens Aryana's fury and desire for answers--and, perhaps, revenge. Realizing that she cannot go on without finding the truth, Aryana embarks on a quest that takes her back to Kabul--a battleground between the corrupt government and the fundamentalist Taliban--and through shadowy memories of the world she loved and lost. Bold, illuminating, heartbreaking, yet hopeful, Sparks Like Stars is a story of home--of America and Afghanistan, tragedy and survival, reinvention and remembrance, told in Nadia Hashimi's singular voice.

A vivid, unforgettable story of an unlikely sisterhood—an emotionally powerful and haunting tale of friendship that illuminates the plight of women in a traditional culture—from the author of the bestselling The Pearl That Broke Its Shell and When the Moon Is Low. For two decades, Zeba was a loving wife, a patient mother, and a peaceful villager. But her quiet life is shattered when her husband, Kamal, is found brutally murdered with a hatchet in the courtyard of their home. Nearly catatonic with shock, Zeba is unable to account for her whereabouts at the time of his death. Her children swear their mother could not have committed such a heinous act. Kamal’s family is sure she did, and demands justice. Barely escaping a vengeful mob, Zeba is arrested and jailed. As Zeba awaits trial, she meets a group of women whose own misfortunes have also led them to these bleak cells: thirty-year-old Nafisa, imprisoned to protect her from an honor killing; twenty-five-year-old Latifa, who ran away from home with her teenage sister but now stays in the prison because it is safe shelter; and nineteen-year-old Mezhgan, pregnant and unmarried, waiting for her lover’s family to ask for her hand in marriage. Is Zeba a cold-blooded killer, these young women wonder, or has she been imprisoned, as they have been, for breaking some social rule? For these women, the prison is both a haven and a punishment. Removed from the harsh and unforgiving world outside, they form a lively and indelible sisterhood. Into this closed world comes Yusuf, Zeba’s Afghan-born, American-raised lawyer, whose commitment to human rights and desire to help his motherland have brought him back. With the fate of this seemingly ordinary housewife in his hands, Yusuf discovers that, like Afghanistan itself, his client may not be at all what he imagines. A moving look at the lives of modern Afghan women, A House Without Windows is astonishing, frightening, and triumphant.