On Groundhog Day, secrets surface alongside a waterlogged corpse. The rural town of Balaclava greets Groundhog Day as an excuse for one last cold-weather fling. The students and faculty of the local agricultural college drink cocoa, throw snowballs, and, when the temperature allows, ice skate. Oozak's Pond is not quite frozen this year, though, and as the Groundhog Day celebrations reach their peak, the students see someone bobbing through the ice. The drowning victim is long past help, though; he's badly decomposed and dressed in an old-fashioned frock coat with a heavy rock in each pocket. First on the scene is Peter Shandy, horticulturalist and, when the college requires it, detective. But solving this nineteenth-century murder will take more than Shandy's knack for rutabagas. Relying on his wife's expertise in local history, the professor dives into a gilded-age mystery that cloaks secrets that remain potent enough to kill. Review quotes. "The epitome of the 'cozy' mystery." - Mostly Murder. "MacLeod can be counted on for a witty, literate and charming mystery." - Publishers Weekly. "Charm, wit, and Holmesian logic." - Audiofile. Biographical note. Charlotte MacLeod (1922-2005) was an internationally bestselling author of cozy mysteries. Born in Canada, she moved to Boston as a child, and lived in New England most of her life. After graduating from college, she made a career in advertising, writing copy for the Stop & Shop Supermarket Company before moving on to Boston firm N. H. Miller & Co., where she rose to the rank of vice president. In her spare time, MacLeod wrote short stories, and in 1964 published her first novel, a children's book called "Mystery of the White Knight." In "Rest You Merry" (1978), MacLeod introduced Professor Peter Shandy, a horticulturist and amateur sleuth whose adventures she would chronicle for two decades. "The Family Vault" (1979) marked the first appearance of her other best-known characters: the husband and wife sleuthing team Sarah Kelling and Max Bittersohn, whom she followed until her last novel, "The Balloon Man," in 1998.

Beginning with the bold claim, "There can be no culture without the transvestite," Marjorie Garber explores the nature and significance of cross-dressing and of the West's recurring fascination with it. Rich in anecdote and insight, Vested Interests offers a provocative and entertaining view of our ongoing obsession with dressing up--and with the power of clothes.

For the first time in one place, Roger M. Sobin has compiled a list of nominees and award winners of virtually every mystery award ever presented. He has also included many of the “best of” lists by more than fifty of the most important contributors to the genre.; Mr. Sobin spent more than two decades gathering the data and lists in this volume, much of that time he used to recheck the accuracy of the material he had collected. Several of the “best of” lists appear here for the first time in book form. Several others have been unavailable for a number of years.; Of special note, are Anthony Boucher’s “Best Picks for the Year.” Boucher, one of the major mystery reviewers of all time, reviewed for The San Francisco Chronicle, Ellery Queen Mystery Magazine, and The New York Times. From these resources Mr. Sobin created “Boucher’s Best” and “Important Lists to Consider,” lists that provide insight into important writing in the field from 1942 through Boucher’s death in 1968.? This is a great resource for all mystery readers and collectors.; ; Winner of the 2008 Macavity Awards for Best Mystery Nonfiction.

Surveys the lives and works of some 90 contemporary women mystery writers, who are among the most popular authors read today.

Since the middle of the last century, views on gender norms have shifted dramatically. Reflecting these changes, storylines that involve cross-dressing and transgender characters have frequently appeared in detective fiction—characters who subvert the conventions of the genre and challenge reader expectations. This examination of 20th and 21st century crime novels reveals what these narratives say about gender identity and gender expression and how they contributed to the evolution of detective fiction. 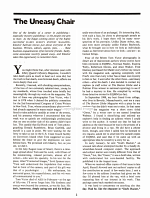 For the first time, here is an annotated bibliography of murder mysteries that is organized by the category of the mystery and lists only contemporary publications, including an extensive listing of titles that are paperback originals. Categories range from Academic, Getting Away with Murder, and Old Crimes and Murders to Writers and Their Conventions. Because an interesting annotation should be available for reading, contemporary publications were chosen. With the exception of a few favorites, each entry was in print in either a paperback or a hardcover edition in 1985, and listings continue through late 1991. Murder... By Category is the companion to take for library and bookstore browsing.