Why is money more valuable than the paper on which it is printed? Monetarists link the value of money to its supply and demand, believing the latter depends on the total value of the commodities it circulates. According to Prabhat Patnaik, this logic is flawed. In his view, in any nonbarter economy, the value we assign to money is determined independently of its supply and demand. Through an original and provocative critique of monetarism, Patnaik advances a revolutionary understanding of macroeconomics that highlights the "propertyist" position of Karl Marx and John Maynard Keynes. Unlike the usual division between "classical" economists (e.g., David Ricardo and Marx) and the "marginalists" (e.g., Carl Menger, William Stanley Jevons, and Léon Walras), Patnaik places "monetarists," including Ricardo, on one side, while grouping propertyist writers like Marx, Keynes, and Rosa Luxemburg on the other. This second group subscribes to the idea that the value of money is given from outside the realm of supply and demand, therefore making money a form in which wealth is held. The fact that money is held as wealth in turn gives rise to the possibility of deficiency of aggregate demand under capitalism. It is no accident that this possibility was highlighted by Marx and Keynes while going largely unrecognized by Ricardo and contemporary monetarists. At the same time, Patnaik points to a weakness in the Marx-Keynes tradition namely, its lack of any satisfactory explanation of why the value of money, determined from outside the realm of supply and demand, remains relatively stable over long stretches of time. The answer to this question lies in the fact that capitalism is not a self-contained system but is born from a precapitalist setting with which it interacts and where it creates massive labor reserves that, in turn, impart stability to the value of money. Patnaik's theory of money, then, is also a theory of imperialism, and he concludes with a discussion of the contemporary international monetary system, which he terms the "oil-dollar" standard. 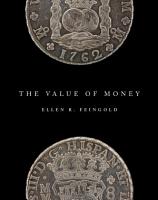 The Value of Money celebrates the power of using monetary objects to explore history. This richly illustrated book features over 175 objects from the Smithsonian National Museum of American History’s National Numismatic Collection. With objects from every inhabited continent, spanning more than 2,600 years, this book showcases the National Numismatic Collection’s unique strengths, including the geographic and chronological diversity of the collection and the stunning rarities it contains. The companion volume to a major exhibition of the same name, this book examines the origins of money, new monetary technologies, the political and cultural messages money conveys, numismatic art and design, and the practice of collecting money. The Value of Money connects American history to global histories of exchange, cultural interaction and expression, political change, and innovation. 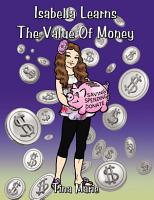 Isabella does not know the value of money. Isabella wants a new bike. Her parents show her how to save, spend and donate her money properly.

Offers an ethical examination of global finance which is both theologically and economically literate. This book also examines the effect of money on our understanding of freedom, of the market itself and of the ethical, issues arising from this, for individuals, the sector and for society as a whole.

While modern capitalism can perhaps be justified in terms of a number of Christian values, Gay observes that the market system’s use of money tends to empty the world of substance and meaning. Working off the insights of a number of classical and contemporary social theorists, Gay encourages the reader to rediscover meanings and values that are able to transcend and to discipline the market system’s "cash nexus".

Reprint of the original, first published in 1917.