A clearly written, sophisticated summary of and prospectus for a flourishing current field of anthropological research.

This ebook is the best-known work of Thomas Aquinas (c.1225–1274). Although unfinished, the Summa is "one of the classics of the history of philosophy and one of the most influential works of Western literature." It is intended as an instructional guide for moderate theologians, and a compendium of all of the main theological teachings of the Catholic Church. It presents the reasoning for almost all points of Christian theology in the West. The Summa Theologica is divided into three parts, and each of these three parts contains numerous subdivisions. Part 1 deals primarily with God and comprises discussions of 119 questions concerning the existence and nature of God, the Creation, angels, the work of the six days of Creation, the essence and nature of man, and divine government. Part 2 deals with man and includes discussions of 303 questions concerning the purpose of man, habits, types of law, vices and virtues, prudence and justice, fortitude and temperance, graces, and the religious versus the secular life. Part 3 deals with Christ and comprises discussions of 90 questions concerning the Incarnation, the Sacraments, and the Resurrection. Some editions of the Summa Theologica include a Supplement comprising discussions of an additional 99 questions concerning a wide variety of loosely related issues such as excommunication, indulgences, confession, marriage, purgatory, and the relations of the saints toward the damned. Scholars believe that Rainaldo da Piperno, a friend of Aquinas, probably gathered the material in this supplement from a work that Aquinas had completed before he began working on the Summa Theologica.

"Hause and Murphy are to be congratulated. [Their volume's] strong points are numerous and important. The translation is clear and faithful. A real advantage is using the as yet unpublished Leonine text, which is significantly superior to the Marietti edition. The translators retain the disputed question format. And the whole series is translated. Hause offers an extend commentary which is solid and helpful for beginning readers. . . . Even for Aquinas, who semper loquitur formalissime, first rate translations are hard to come by; and we have one here. . . . A gem." --R. E. Houser, University of St. Thomas (Houston, TX), in Notre Dame Philosophical Reviews

In his Treatise on the Virtues, Aquinas discusses the character and function of habit; the essence, subject, cause, and meaning of virtue; and the separate intellectual, moral, cardinal, and theological virtues. His work constitutes one of the most thorough and incisive accounts of virtue in the history of Christian philosophy. John Oesterle's accurate and elegant translation makes this enduring work readily accessible to the modern reader.

The essays of this volume consider how acknowledgement of the fact of dependency changes our conceptions of law, political theory, and morality, as well as our very conceptions of self. 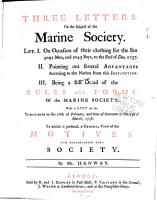 Interest in theories of virtue and the place of virtues in the moral life con­ tinues to grow. Nicolai Hartmann [7], George F. Thomas [20], G. E. M. Anscombe [1], and G. H. von Wright [21], for example, called to our atten­ tion decades ago that virtue had become a neglected topic in modem ethics. The challenge implicit in these sorts of reminders to rediscover the contribu­ tion that the notion of virtue can make to moral reasoning, moral character, and moral judgment has not gone unattended. Arthur Dyck [3] , P. T. Geach [5], Josef Pieper (16], David Hamed [6], and, most notably, Stanley Hauerwas [8-11], in the theological community, have analyzed or utilized in their work virtue-based theories of morality. Philosophical probings have come from Lawrance Becker [2], Philippa Foot [4], Edmund Pincoffs [17], James Wallace [22], and most notably, Alasdair MacIntyre [12-14]. Draw­ ing upon and revising mainly ancient and medieval sources, these and other commentators have ignited what appears to be the beginning of a sustained examination of virtue.

In this volume, James L. Golden and Alan L. Golden undertake the first careful study of Jefferson's rhetorical philosophy and practice. They find that not only did Jefferson take a great interest in classical and modern students of rhetoric, but he developed his own program for its study. They also discover that Jefferson viewed the study of discourse as a vehicle for upholding virtue. Jefferson's commitment to virtue, the authors argue, helps explain his interest in rhetoric, just as a study of his rhetorical philosophy leads to a deeper understanding of his commitment to virtue.