“Unusually accessible and useful . . . An eye-opener to readers into the universality and importance of myth in human history and culture.”—William E. Paden, Chair, Department of Religion, University of Vermont For as long as human beings have had language, they have had myths. Mythology is our earliest form of literary expression and the foundation of all history and morality. Now, in Parallel Myths, classical scholar J. F. Bierlein gathers the key myths from all of the world's major traditions and reveals their common themes, images, and meanings. Parallel Myths introduces us to the star players in the world's great myths—not only the twelve Olympians of Greek mythology, but the stern Norse Pantheon, the mysterious gods of India, the Egyptian Ennead, and the powerful deities of Native Americans, the Chinese, and the various cultures of Africa and Oceania. Juxtaposing the most potent stories and symbols from each tradition, Bierlein explores the parallels in such key topics as creation myths, flood myths, tales of love, morality myths, underworld myths, and visions of the Apocalypse. Drawing on the work of Joseph Campbell, Mircea Eliade, Carl Jung, Karl Jaspers, Claude Lévi-Strauss, and others, Bierlein also contemplates what myths mean, how to identify and interpret the parallels in myths, and how mythology has influenced twentieth-century psychology, philosophy, anthropology, and literary studies. “A first-class introduction to mythology . . . Written with great clarity and sensitivity.”—John G. Selby, Associate Professor, Roanoke College 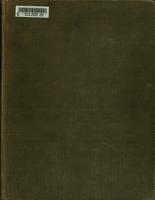 World Mythology is a compilation of over 50 great myths and epics. Your students will gain an appreciation and understanding of ancient and modern cultures through myths and epics from the Middle East, Greece and Rome, the Far East and Pacific islands, the British Isles, Northern Europe, Africa, and the Americas. An introduction and historical background supplement each myth. Questions at the end of each selection prompt analysis and response.

Mythology is a subject that has entertained people for thousands of years. These stories of gods and supernatural beings of the distant past are important in explaining how things came to be and are an integral part of societies. Insect myths are numerous and widespread in mythology, but have received little attention. This is the first book dedicated specifically to showing the important roles insects have played in mythology. This is a comprehensive and readable survey of insect myths from around the world. The book ranges from older, better-known insect myths such as sacred scarabs to new unpublished subjects such as insects as examples of parallel mythology. Numerous black and white figures are found in the book including new figures not previously seen in entomological literature. How insects are related to larger themes of mythology such as symbols and parallel mythology is discussed. Insects in Old World mythology (Egypt, China, etc.) and New World mythology (Native American, Mayan, etc.) are featured. This book brings to light the fascinating role that insects played in mythology and is the most comprehensive and authoritative reference on the subject.

Anne Birrell has translated narratives drawn from over a 100 classical texts in her work on various aspects of Chinese mythology, and here she introduces a selection of them to the general reader.

This book tells the story of the thirty-year friendship between Robert Graves and Raphael Patai, and in particular, the story of the literary collaboration that culminated in their joint authorship of the Hebrew Myths: The Book of Genesis. The friendship between Graves and Patai began in 1947 when Graves, having read Patai's book Man and Temple, wrote him a "fan letter" full of remarkable scholarly comments and reflections. It was the beginning of an exchange of letters between the two authors that led to their participation in each others books and studies, joint public appearances in lectures and interviews, mutual visits, and a lasting friendship. In addition to the nearly two hundred letters they exchanged that are published here for the first time, the book contains the full recorded texts of a long conversation between them about the Hebrew myths, a joint lecture in New York City, and a radio interview. It also includes the lecture Graves gave to the London Hillel Foundation on "Hebrew and European Myths Contrasted," and Patai's long essay on "Myth and Hebrew Myth," originally planned as an introduction to the Hebrew Myths but not published until now. The book discusses other writings produced by Graves and Patai and the reaction of the scholarly and literary world to their joint work and their major separate publications. Patai also allows a glimpse into the private lives of the two authors, including their struggles and successes, their frustrations and achievements. Robert Graves and the Hebrew Myths gives rare insight into the lengthy process of gestation that preceded the writing of the Hebrew Myths; the exchanges that led to the reconciliation of the two authors' different views and approaches; the meticulous care they invested in its planning, construction, and execution; and the production of the terse and dramatic presentation that characterizes the book. This volume is a unique account of a difficult but successful collaboration between two writers of very different characters, orientations, and talents.