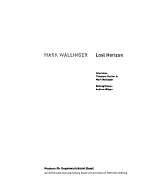 Encompassing astronomy, mythology, psychology, and astrology, Pluto offers a wealth of knowledge about our most famous dwarf planet. First observed in 1930 and once defined as the ninth and final planet in our solar system, Pluto and its discovery and reclassification throw a unique light on how we generate meaning in science and culture. This anthology, timed to appear in concordance with NASA’s New Horizons's approach to Pluto in July 2015, shows that while the astronomical Pluto may be little more than an ordinary escaped moon or tiny Kuiper Belt object, it is a powerful hyperobject, for its mythological and cultural effigies on Earth incubate deep unconscious seeds of the human psyche. Certain astronomical features pertain to Pluto in terms of its distance from the Sun, coldness, and barrenness. These also inform its mythology and astrology as befitting a planet named after the God of the Underworld. Among the issues central to this collection are the meanings of darkness, loss, grief, inner transformation, rebirth, reincarnation, and karmic revelation, all of which are associated with the astrology of Pluto. Pluto also embodies the meaning of true wealth as being nonmaterial essence instead of property, conventional accolades, ego identity, achievement. It is the marker of negative capability. Table of Contents Dana Wilde: Pluto on the Borderlands Richard Grossinger: Pluto and The Kuiper Belt Richard C. Hoagland: New Horizon … for a Lost Horizon J. F. Martel: Pluto and the Death of God James Hillman: Hades Fritz Bruhubner: The Mythology and Astrology of Pluto Thomas Frick: Old Horizons John D. Shershin: The Inquisition of Pluto Stephan David Hewitt: Pluto and the Restoration of Soul Jim Tibbetts: Our Lady of Pluto, the Planet of Purification Shelli Jankowski-Smith: Love Song for Pluto Robert Kelly: Pluto Dinesh Raghavendra: Falling in Love with a Plutonian Steve Luttrell: Dostoevsky's Pluto Philip Wohlstetter: Ten Things I'd Like to Find on Pluto Jonathan Lethem: Ten Things I'd Like to Find on Pluto Robert Sardello: Ten Things I'd Like to Find on Pluto Ross Hamilton: Ten Things I'd Like to Find on Pluto College of the Atlantic Students: Ten Things I’d Like to Find on Pluto Jeffrey A. Hoffman: What the Probe Will Find, What I’d Like It to Find Nathan Schwartz-Salant: Ten Things I’d Like to Find on Pluto Charley B. Murphy: The Ten Worlds of Pluto Timothy Morton: Ten Things I’d Like to Find on Pluto & The End of the World Robert Phoenix: My Father Pluto Ellias Lonsdale: Pluto is the Reason We Have a Chance Rob Brezsny: Pluto: Planet of Wealth

While attempting to escape a civil war, four people are kidnapped and transported to the Tibetan mountains. After their plane crashes, they are found by a mysterious Chinese man. He leads them to a monastery hidden in "the valley of the blue moon" - a land of mystery and matchless beauty where life is lived in tranquil wonder, beyond the grasp of a doomed world. It is here, in Shangri-La, where destinies will be discovered and the meaning of paradise will be unveiled.We are delighted to publish this classic book as part of our extensive Classic Library collection. Many of the books in our collection have been out of print for decades, and therefore have not been accessible to the general public. The aim of our publishing program is to facilitate rapid access to this vast reservoir of literature, and our view is that this is a significant literary work, which deserves to be brought back into print after many decades. The contents of the vast majority of titles in the Classic Library have been scanned from the original works. To ensure a high quality product, each title has been meticulously hand curated by our staff. Our philosophy has been guided by a desire to provide the reader with a book that is as close as possible to ownership of the original work. We hope that you will enjoy this wonderful classic work, and that for you it becomes an enriching experience.

A magical planet torn apart by war. A defiant space pilot cadet determined to save the ones she loves. The adventure of a lifetime. Oz like you have never seen before. Space Academy prodigy Dorothy Hanson doesn’t have time for love nonsense. She has one goal, complete the mission her parents started before their untimely death. When a cosmic disturbance hits the Kansas Space Station, Dorothy seizes that opportunity to go on her first space voyage. She didn’t expect to be sucked into a vortex nor land on a strange planet ravaged by war. Stranded, she must embark on a perilous mission to the Land of Oz, the only nation that possesses the technology to send her home. Three strangers join Dorothy in her quest, all carrying reasons of their own for reaching Emerald City. A man without memories marked with a strange symbol on his face. A cyborg with a chip on his shoulder and a mysterious past. And a scarred hellioncat plagued by nightmares in the dark. Dorothy doesn’t know if she can trust them, but as their journey progresses, their bond becomes stronger and Dorothy’s feelings evolve from suspicion to caring too much. Torn between contradicting emotions, she must find the strength to fight the evil forces that stack up against them along the way. Surviving the trip on the yellow road is priority number one, but can she survive losing her heart? Disclaimer: Lost Horizon is the first book in the Oz in Space series. It's not a standalone novel. This is a slow burn reverse harem romance.