This Elibron Classics title is a reprint of the original edition published by the University Press in Cambridge, 1902.

In 2007 English Heritage commissioned initial research into links with transatlantic slavery or its abolition amongst families who owned properties now in its care. This was part of the commitment by English Heritage to commemorate the bicentenary of the abolition of the British transatlantic slave trade with work that would make a real difference to our understanding of the historic environment in the longer term. The research findings and those of other scholars and heritage practitioners were presented at the 'Slavery and the British Country House' conference which brought together academics, heritage professionals, country house owners and community researchers from across Britain to explore how country houses might be reconsidered in the light of their slavery linkages and how such links have been and might be presented to visitors. Since then the conference papers have been updated and reworked into a cutting edge volume which represents the most current and comprehensive consideration of slavery and the British country house as yet undertaken.

This collection brings together scholars from a wide range of disciplines to offer perspectives on national identity formation in various European contexts between 1600 and 1815. Contributors challenge the dichotomy between modernists and traditionalists in nationalism studies through an emphasis on continuity rather than ruptures in the shaping of European nations in the period, while also offering an overview of current debates in the field and case studies on a number of topics, including literature, historiography, and cartography. 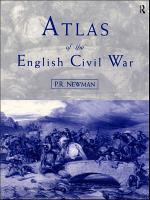 The English Civil War is a subject which continues to excite enormous interest throughout the world. This atlas consists of over fifty maps illustrating all the major - and many of the minor - bloody campaigns and battles of the War, including the campaigns of Montrose, the battle of Edgehill and Langport. Providing a complete introductory history to the turbulent period, it also includes: * maps giving essential background information * detailed accompanying explanations * a useful context to events. 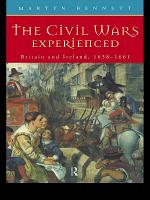 The Civil Wars Experienced is an exciting new history of the civil wars, which recounts their effects on the 'common people'. This engaging survey throws new light onto a century of violence and political and social upheaval By looking at personal sources such as diaries, petitions, letters and social sources including the press, The Civil War Experienced clearly sets out the true social and cultural effects of the wars on the peoples of England, Scotland, Wales and Ireland and how common experiences transcended national and regional boundaries. It ranges widely from the Orkneys to Galway and from Radnorshire to Norfolk. The Civil Wars Experienced explores exactly how far-reaching the changes caused by civil wars actually were for both women and men and carefully assesses individual reactions towards them. For most people fear, familial concerns and material priorities dictated their lives, but for others the civil revolutions provided a positive force for their own spiritual and religious development. By placing the military and political developments of the civil wars in a social context, this book portrays a very different interpretation of a century of regicide and republic.

This fascinating new volume comes complete with color illustrations and features the methodology and main achievements in the emerging field of paleomicrobiology. It’s an area research at the intersection of microbiology and evolution, history and anthropology. New molecular approaches have already provided exciting results, such as confirmation of a single biotype of Yersinia pestis as the cause of historical plague pandemics. An absorbing read for scientists in related fields.

This work has been selected by scholars as being culturally important, and is part of the knowledge base of civilization as we know it. This work was reproduced from the original artifact, and remains as true to the original work as possible. Therefore, you will see the original copyright references, library stamps (as most of these works have been housed in our most important libraries around the world), and other notations in the work. This work is in the public domain in the United States of America, and possibly other nations. Within the United States, you may freely copy and distribute this work, as no entity (individual or corporate) has a copyright on the body of the work. As a reproduction of a historical artifact, this work may contain missing or blurred pages, poor pictures, errant marks, etc. Scholars believe, and we concur, that this work is important enough to be preserved, reproduced, and made generally available to the public. We appreciate your support of the preservation process, and thank you for being an important part of keeping this knowledge alive and relevant.

The History of English provides an accessible introduction to the changes that English has undergone from its Indo-European beginnings to the present day. The text looks at the major periods in the history of English, and provides for each a socio-historical context, an overview of the relevant major linguistic changes, and also focuses on an area of current research interest, either in sociolinguistics or in literary studies. Exercises and activities that allow the reader to get 'hands-on' with different stages of the language, as well as with the concepts of language change, are also included. By explaining language change with close reference to literary and other textual examples and emphasising the integral link between a language and its society, this text is especially useful for students of literature as well as linguistics. 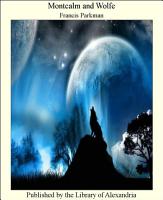 Jones, Barry Owen (1932– ). Australian politician, writer and lawyer, born in Geelong. Educated at Melbourne University, he was a public servant, high school teacher, television and radio performer, university lecturer and lawyer before serving as a Labor MP in the Victorian Parliament 1972–77 and the Australian House of Representatives 1977–98. He took a leading role in reviving the Australian film industry, abolishing the death penalty in Australia, and was the first politician to raise public awareness of global warming, the ‘post-industrial’ society, the IT revolution, biotechnology, the rise of ‘the Third Age’ and the need to preserve Antarctica as a wilderness. In the Hawke Government, he was Minister for Science 1983–90, Prices and Consumer Affairs 1987, Small Business 1987–90 and Customs 1988–90. He became a member of the Executive Board of UNESCO, Paris 1991–95 and National President of the Australian Labor Party 1992–2000, 2005–06. He was Deputy Chairman of the Constitutional Convention 1998. His books include Decades of Decision 1860– (1965), Joseph II (1968), Age of Apocalypse (1975), and he edited The Penalty is Death (1968). Sleepers, Wake!: Technology and the Future of Work was published by Oxford University Press in 1982, became a bestseller and has been translated into Chinese, Japanese, Korean, Swedish and braille. The fourth edition was published in 1995. Knowledge Courage Leadership, a collection of speeches and essays, appeared in 2016. He received a DSc for his services to science in 1988 and a DLitt in 1993 for his work on information theory. Elected FTSE (1992), FAHA (1993), FAA (1996) and FASSA (2003), he is the only person to have become a Fellow of four of Australia’s five learned Academies. Awarded an AO in 1993, named as one of Australia’s 100 ‘living national treasures’ in 1997, he was elected a Visiting Fellow Commoner of Trinity College, Cambridge in 1999. His autobiography, A Thinking Reed, was published in 2006 and The Shock of Recognition, about music and literature, in 2016. In 2014 he received an AC for services ‘as a leading intellectual in Australian public life’.