Journey into a world of gods and goddesses, heroes and heroines, extraordinary creatures and fantastic monsters with this beautifully illustrated introduction to Ancient Greek mythology. Perfect for children aged 7 to 9, this collection contains more than 30 enthralling new retellings of favourite myths as well as some you might not have heard before. Including Theseus and the Minotaur, The 12 labours of Herakles, and the escapades of Jason and the Argonauts, each myth is told in engaging modern language, which is easy for children to understand yet still retains the humour and intrigue of the original tales. Stunning illustrations by multi-award winning artist Katie Ponder breathe new life into each classic story. Additional feature pages delve deeper into the mythical world, providing profiles of the gods and a map detailing Odysseus' long voyage home from the Trojan War. The reference section provides key background information, such as Ancient Greek storytelling and the incredible beasts of the myths, and a pronunciation guide. Greek Myths is the perfect gift, featuring foil on the cover and beautiful illustrations throughout. Children will love exploring the tales by themselves or as bedtime stories. It will be treasured forever.

A collection of stories about the heroes of early Greece and the inhabitants of Olympus, based on original sources.

The Greek myths are among the greatest, most exciting stories ever told and feature some of the world's best loved heroes and heroines. This book contains the stories of Theseus, conqueror of the dreaded Minotaur; the mighty Heracles and his twelve tasks; the tragic lovers Orpheus and Eurydice; Perseus, the Gorgon-slayer; and more.

The Greek Myths contains some of the most thrilling, romantic, and unforgettable stories in all human history. From Achilles rampant on the fields of Troy, to the gods at sport on Mount Olympus; from Icarus flying too close to the sun, to the superhuman feats of Heracles, Theseus, and the wily Odysseus, these timeless tales exert an eternal fascination and inspiration that have endured for millennia and influenced cultures from ancient to modern. Beginning at the dawn of human civilization, when the Titan Prometheus stole fire from Zeus and offered mankind hope, the reader is immediately immersed in the majestic, magical, and mythical world of the Greek gods and heroes. As the tales unfold, renowned classicist Robin Waterfield creates a sweeping panorama of the romance, intrigues, heroism, humour, sensuality, and brutality of the Greek myths and legends. The terrible curse that plagued the royal houses of Mycenae and Thebes, Jason and the golden fleece, Perseus and the dread Gorgon, the wooden horse and the sack of Troy - these amazing stories have influenced art and literature from the Iron Age to the present day. And far from being just a treasure trove of timeless tales, The Greek Myths is a catalogue of Greek myth in art through the ages, and a notable work of literature in its own right.

Endymion, Pelops, Daedalus, Pygmalion – what are the stories behind these and the hundreds of other familiar names from Greek mythology – names that recur throughout the history of European culture? In a two-volume work that has become a classic reference book for both the serious scholar and the casual inquirer, Robert Graves retells the adventures of the important gods and heroes worshipped by the ancient Greeks. Drawing on an enormous range of sources, he has brought together all the elements of every myth in simple narrative form, supplying detailed cross-references and indexes. Each entry has a full commentary which examines problems of interpretation in both historical and anthropological terms, and in the light of contemporary research.

Retells twelve tales from Greek mythology, including the stories of King Midas, Echo and Narcissus, the Golden Apples, and Cupid and Psyche. 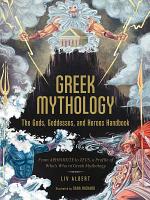 Finally sort out who’s who in Greek mythology—from gods, goddesses, heroes, monsters, and everyone in between! Greek mythology continues to appear in popular movies and books today but have you ever wondered about where these characters started out? Discover the origins of your favorite characters from Greek mythology with this collection of profiles to tell you who’s who in classical lore! In Greek Mythology, you will discover the backstories of the heroes, villains, gods, and goddesses that enjoy popularity in today’s shows and films. With comprehensive entries that outline each character’s name, roles, related symbols, and foundational myths, you can get to know the roots of these personas and better understand the stories they inspire today. With this character-focused, handy reference, you will never be confused about Ancient Greece! 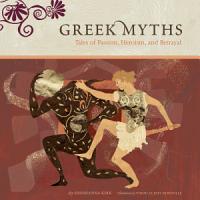 Here is the stuff legends are made of in 25 of the most beloved tales from Greek mythology, complemented with gorgeous illustrations by artist Tinou Le Joly Senoville. These classic, timeless stories have been crafted into a concise, intriguing, and very readable romp through the human condition. Arranged by emotional theme—cunning, vanity, vengeance, heroism—each exciting tale hones in on the frailties and strengths, desires and jealousies of gods who attempt to act like mortals and mortals who dare to be gods. Originally conceived to help early civilizations comprehend the emotions and culture of an ancient world, these myths remain as compelling today as they were thousands of years ago. From the miraculous birth of Athena in the heavens to Odysseus and his skillful slaying of the Cyclops on Earth to Persephone's abduction into the underworld, Greek Myths is a glorious introduction to the world of mythology.

Retelling some of the most beloved stories from Greek mythology, this DK Reader introduces young readers to such characters as Hercules and Pandora. Full color.

FAIRY TALES, FOLK TALES, FABLES, MAGICAL TALES & TRADITIONAL STORIES. A wonderful collection of six classic Greek myths and legends, specially retold for younger readers. Includes the stories of The Wooden Horse, The Minotaur and The Odyssey, as well as a guide to the Greek gods. Beautifully bound in padded hardback, and packed with information, colour and culture, this makes a thrilling read for any child. Ages 5+