In his own day the dominant personality of the Western Church, Augustine of Hippo today stands as perhaps the greatest thinker of Christian antiquity, and his Confessions is one of the great works of Western literature. In this intensely personal narrative, Augustine relates his rare ascent from a humble Algerian farm to the edge of the corridors of power at the imperial court in Milan, his struggle against the domination of his sexual nature, his renunciation of secular ambition and marriage, and the recovery of the faith his mother Monica had taught him during his childhood. Now, Henry Chadwick, an eminent scholar of early Christianity, has given us the first new English translation in thirty years of this classic spiritual journey. Chadwick renders the details of Augustine's conversion in clear, modern English. We witness the future saint's fascination with astrology and with the Manichees, and then follow him through scepticism and disillusion with pagan myths until he finally reaches Christian faith. There are brilliant philosophical musings about Platonism and the nature of God, and touching portraits of Augustine's beloved mother, of St. Ambrose of Milan, and of other early Christians like Victorinus, who gave up a distinguished career as a rhetorician to adopt the orthodox faith. Augustine's concerns are often strikingly contemporary, yet his work contains many references and allusions that are easily understood only with background information about the ancient social and intellectual setting. To make The Confessions accessible to contemporary readers, Chadwick provides the most complete and informative notes of any recent translation, and includes an introduction to establish the context. The religious and philosophical value of The Confessions is unquestionable--now modern readers will have easier access to St. Augustine's deeply personal meditations. Chadwick's lucid translation and helpful introduction clear the way for a new experience of this classic. About the Series: For over 100 years Oxford World's Classics has made available the broadest spectrum of literature from around the globe. Each affordable volume reflects Oxford's commitment to scholarship, providing the most accurate text plus a wealth of other valuable features, including expert introductions by leading authorities, voluminous notes to clarify the text, up-to-date bibliographies for further study, and much more.

In which a scientist searches for an empirical explanation for phenomenal experience, spurred by his instinctual belief that life is meaningful. What links conscious experience of pain, joy, color, and smell to bioelectrical activity in the brain? How can anything physical give rise to nonphysical, subjective, conscious states? Christof Koch has devoted much of his career to bridging the seemingly unbridgeable gap between the physics of the brain and phenomenal experience. This engaging book--part scientific overview, part memoir, part futurist speculation--describes Koch's search for an empirical explanation for consciousness. Koch recounts not only the birth of the modern science of consciousness but also the subterranean motivation for his quest--his instinctual (if "romantic") belief that life is meaningful. Koch describes his own groundbreaking work with Francis Crick in the 1990s and 2000s and the gradual emergence of consciousness (once considered a "fringy" subject) as a legitimate topic for scientific investigation. Present at this paradigm shift were Koch and a handful of colleagues, including Ned Block, David Chalmers, Stanislas Dehaene, Giulio Tononi, Wolf Singer, and others. Aiding and abetting it were new techniques to listen in on the activity of individual nerve cells, clinical studies, and brain-imaging technologies that allowed safe and noninvasive study of the human brain in action. Koch gives us stories from the front lines of modern research into the neurobiology of consciousness as well as his own reflections on a variety of topics, including the distinction between attention and awareness, the unconscious, how neurons respond to Homer Simpson, the physics and biology of free will, dogs, Der Ring des Nibelungen, sentient machines, the loss of his belief in a personal God, and sadness. All of them are signposts in the pursuit of his life's work--to uncover the roots of consciousness. 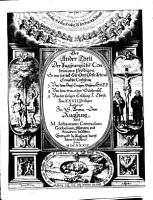 Confessions of an English Opium-Eater, Suspiria de Profundis, and 'The English Mail-Coach' are De Quincey's finest essays in autobiography, published here with three appendices containing a wealth of related manuscript material and a comprehensive introduction and notes.