Selected as an Outstanding Academic Title by Choice Magazine, January 2010 The Encyclopedia of Play: A Social History explores the concept of play in history and modern society in the United States and internationally. Its scope encompasses leisure and recreation activities of children as well as adults throughout the ages, from dice games in the Roman empire to video games today. As an academic social history, it includes the perspectives of several curricular disciplines, from sociology to child psychology, from lifestyle history to social epidemiology. This two-volume set will serve as a general, non-technical resource for students in education and human development, health and sports psychology, leisure and recreation studies and kinesiology, history, and other social sciences to understand the importance of play as it has developed globally throughout history and to appreciate the affects of play on child and adult development, particularly on health, creativity, and imagination.

Old favourites and brand new games help teachers create stimulating and challenging sessions for the whole class. The resource comes with a CD.

Please note that the content of this book primarily consists of articles available from Wikipedia or other free sources online. Pages: 29. Chapters: Clapping games, Rock-paper-scissors, Fingerboard, Stella Ella Ola, Morra, String figure, Miss Susie, Chopsticks, Thumb war, The Devil's Brother, Pat-a-cake, pat-a-cake, baker's man, Muk-chi-ba, Pretty Little Dutch Girl, Mercy, Hand jive, Mary Mack, Thumb twiddling, Spellbinder, Red Hands, Down Down Baby, Johnny Whoop, Knife game, Rock-paper-scissors-lizard-spock, Slapboxing, Stick gambling, I've got your nose, USA Rock Paper Scissors League, Nontransitive game, Saa Boo Three, Kuma ken, Hand game, Roller coaster. Excerpt: Rock-paper-scissors is a hand game played by two or more people. The game is known by many names, including other orderings of the three items in the name (with "stone" often substituted by speakers of British English), piedra papel o tijera, fargling, cachi-pun, burung-batu-air ("bird-stone-water"), jan-ken-pon (and variants including jan-ken-poi and janken), baau-jin-dup (Cantonese: "wrap-cut-crash"), kauwi-bauwi-bo (Korean: "scissors-rock-cloth"), - - and rochambeau. The game is often used as a selection method in a way similar to coin flipping, drawing straws, or throwing dice. However, unlike truly random selection methods, rock-paper-scissors can be played with a degree of skill, especially if the game extends over many sessions with the same players; it is often possible to recognize and exploit the non-random behavior of an opponent. The players count aloud to three, or speak the name of the game (e.g. "Rock Paper Scissors!" or "Ro! Cham! Beau!"), each time raising one hand in a fist and swinging it down on the count. After the third count (saying, "Scissors!" or "Beau!"), the players change their hands into one of three gestures, which they then "throw" by extending it towards their opponent. Variations include a version where players use a fourth count... 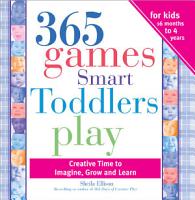 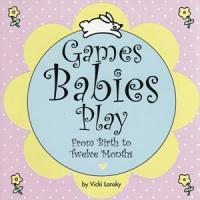 Over 100 games and activities designed for use from birth to one year are a gift from Vicki Lansky, tried and true advice-giver and author of more than two dozen books on parenting. Games Babies Play is a collection of traditional and contemporary games that are organized into four three-month sections to keep pace with baby’s changing abilities.

The result of a unique research project exploring the relationship between children's vernacular play cultures and their media-based play, this collection challenges two popular misconceptions about children's play: that it is depleted or even dying out and that it is threatened by contemporary media such as television and computer games. A key element in the research was the digitization and analysis of Iona and Peter Opie's sound recordings of children's playground and street games from the 1970s and 1980s. This framed and enabled the research team's studies both of the Opies' documents of mid-twentieth-century play culture and, through a two-year ethnographic study of play and games in two primary school playgrounds, contemporary children's play cultures. In addition the research included the use of a prototype computer game to capture playground games and the making of a documentary film. Drawing on this extraordinary data set, the volume poses three questions: What do these hitherto unseen sources reveal about the games, songs and rhymes the Opies and others collected in the mid-twentieth century? What has happened to these vernacular forms? How are the forms of vernacular play that are transmitted in playgrounds, homes and streets transfigured in the new media age? In addressing these questions, the contributors reflect on the changing face of childhood in the twenty-first century - in relation to questions of gender and power and with attention to the children's own participation in producing the ethnographic record of their lives.

This second edition of old favourites and brand new games helps teachers create stimulating and challenging sessions for the whole class. The resource comes with a DVD. 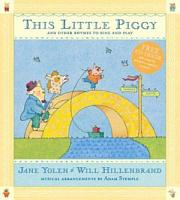 A timeless collection of songs and rhymes for the very young features familiar favorites such as "Goosey, Goosey, Gander" and "I'm a Little Teapot" as well as lesser-known rhymes such as "Harry Whistle" and "In Went the Prairie Dog." 30,000 first printing.