New York Times bestselling author Michelle Sagara returns to the city of Elantra with a thrilling tale rife with ancient magic, assassination attempts and political intrigue. Private Kaylin Neya already has Dragons and Barrani as roommates. Adding one injured, flightless Aerian to her household should be trivial. Sure, the Aerian is Sergeant Moran dar Carafel, but Kaylin's own sergeant is a Leontine, the definition of growly and fanged. She can handle one Aerian. But when a walk to the Halls of Law becomes a street-shattering magical assassination attempt on the sergeant, Kaylin discovers that it's not the guest who's going to be the problem: it's all of the people who suddenly want Moran dar Carafel dead. And though Moran refuses to tell her why she's being targeted, Kaylin is determined to discover her secret and protect her at all costs—even if keeping Moran safe means dealing with Aerian politics, angry dragons and something far more sinister.

While investigating the discovery of seven corpses in the streets of a Dragon's fief, Kaylin Neya discovers that an ancient evil is preparing to cross over the borders of Elantra and that she must use every skill she's ever learned to save the people she has sworn to protect. Original.

Still avoiding magic whenever possible, Private Kaylin Neya relished investigating a run-of-the-mill theft. Until she found out the mysterious stolen box had been taken from Elani Street, where the mages and charlatans mingled, and it was sometimes hard to tell the difference between the two. And since the box was ancient, without a keyhole, and held tremendous darkness inside, Kaylin knew unknown forces were again playing with her destiny—and her life.… 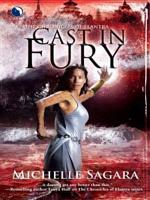 When a minority race of telepaths is suspected of causing a near-devastating tidal wave, Private Kaylin Neya is summoned to Court—and into a PR nightmare. To ease racial tensions, the emperor has commissioned a play, and the playwright has his own ideas about who should be the focus.… But Kaylin works her best magic behind the scenes, and though she tries to stay neutral, she is again drawn into a world of politics…and murder. To make matters worse, Marcus, her trusted sergeant, gets stripped of his command, leaving Kaylin vulnerable. Now she's juggling two troubling cases, and even magic's looking good by comparison. But then nobody ever said life in the theater was easy.… 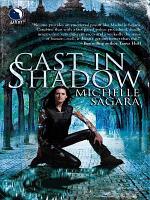 Seven years ago Kaylin fled the crime-riddled streets of Nightshade, knowing that something was after her. Children were being murdered — and all had the same odd markings that mysteriously appeared on her own skin.… Since then, she's learned to read, she's learned to fight and she's become one of the vaunted Hawks who patrol and police the City of Elantra. Alongside the winged Aerians and the immortal Barrani, she's made a place for herself, far from the mean streets of her birth. But children are once again dying, and a dark and familiar pattern is emerging. Kaylin is ordered back into Nightshade with a partner she knows she can't trust, a Dragon lord for a companion and a device to contain her powers — powers that no other human has. Her task is simple — find the killer, stop the murders…and survive the attentions of those who claim to be her allies!

In the aftermath of a vicious battle between darkness and light, the city of Elantra has emerged victorious. But Shadows continue to haunt every corner of its streets... Elantra stands strong, but countless numbers of Hawks, the city's staunchest protectors, were lost in the brutal attack. Humans, Barrani, Aerians, Leontines – none of the races emerged unscathed from the defense of the city. Homes were lost, families were scattered...and the outcast Barrani Lord Nightshade is missing from his castle in the fiefs. Yet as the chaos surrounding the battle begins to wane, Private Kaylin Neya's duties must resume, despite her grief. Called in to investigate a triple murder in a quiet part of town, Kaylin and her companions are soon embroiled in a case that is anything but routine. Evidence of the deadly Shadows that still threaten the city leads to hints of ancient, forgotten magics...and everything can be traced directly to Ravellon, the heart of the Shadows and the darkness they contain. But it is there that Lord Nightshade will be found – if he still survives. “Along with the exquisitely detailed world–building, Sagara's character development is mesmerizing... A true master of her craft!” – RT Book Reviews From best-selling author Michelle Sagara, The Chronicles of Elantra series is a classic female-led fantasy for fans of The Dresden Files and An Academy of Assassins. The Chronicles of Elantra Series: Cast in Shadow Cast in Courtlight Cast in Secret Cast in Fury Cast in Silence Cast in Chaos Cast in Ruin Cast in Peril Cast in Sorrow Cast in Flame Cast in Honor Cast in Flight

Kaylin Neya is a Hawk, part of the elite force tasked with keeping the City of Elantra safe. Her past is dark, her magic uncontrolled and her allies unpredictable. And nothing has prepared her for what is coming, when the charlatans on Elani Street suddenly grow powerful, the Oracles are thrown into an uproar and the skies rain blood.... The powerful of Elantra believe that the mysterious markings on Kaylin's skin hold the answer, and they are not averse to using her–how ever they have to–in order to discover what it is. Something is coming, breaking through the barriers between the worlds. But is it a threat that Kaylin needs to defend her city against–or has she been chosen for another reason entirely? From best-selling author Michelle Sagara, The Chronicles of Elantra series is a classic female-led fantasy for fans of The Dresden Files and An Academy of Assassins. The Chronicles of Elantra Series: Cast in Shadow Cast in Courtlight Cast in Secret Cast in Fury Cast in Silence Cast in Chaos Cast in Ruin Cast in Peril Cast in Sorrow Cast in Flame Cast in Honor Cast in Flight

Returning from the West March in one piece—for now—Kaylin, while policing the city, must deal with Nightshade's younger brother as well as an even bigger problem—Castle Nightshade's latent magic is waking. Original.

A member of the elite Hawk force that protects the City of Elantra, Kaylin Neya has sacrificed much to earn the respect of the winged Aerians and immortal Barrani she works alongside. But the mean streets she escaped as a child aren't the ones she's vowed to give her life guarding. Those were much darker... Kaylin's moved on with her life –– and is keeping silent about the shameful things she's done to stay alive. But when the city's oracles warn of brewing unrest in the outer fiefdoms, a mysterious visitor from Kaylin's past casts her under a cloud of suspicion. Thankfully, if she's anything, she's a survivor... From best-selling author Michelle Sagara, The Chronicles of Elantra series is a classic female-led fantasy for fans of The Dresden Files and An Academy of Assassins. The Chronicles of Elantra Series: Cast in Shadow Cast in Courtlight Cast in Secret Cast in Fury Cast in Silence Cast in Chaos Cast in Ruin Cast in Peril Cast in Sorrow Cast in Flame Cast in Honor Cast in Flight