"J.J. was born for music," Jean-Jacques Rousseau wrote of himself, "not to be consumed in its execution, but to speed its progress and make discoveries about it. His ideas on the art and about the art are fertile, inexhaustible." Rousseau was a practicing musician and theorist for years before publication of his first Discourse, but until now scholars have neglected these ideas. This graceful translation remedies both those failings by bringing together the Essay, which John T. Scott says "most clearly displays the juncture between Rousseau's musical theory and his major philosophical works," with a comprehensive selection of the musical writings. Many of the latter are responses to authors like Rameau, Grimm, and Raynal, and a unique feature of this edition is the inclusion of writings by these authors to help establish the historical and ideological contexts of Rousseau's writings and the intellectual exchanges of which they are a part. With an introduction that provides historical background, traces the development of Rousseau's musical theory, and shows that these writings are not an isolated part of his oeuvre but instead are animated by the same "system," this volume fashions a much-needed portal through which literary scholars, musicologists, historians, and political theorists can enter into an important but hitherto overlooked chamber of Rousseau's vast intellectual palace.

"This book offers a multidisciplinary approach to the consideration of aspects of Europe's linguistic and cultural heritage. The ten contributions explore the relationship between language, culture and modern communication, either taking Europe as a whole or looking at specific countries. The authors' backgrounds and expertise span a number of disciplines, from linguistics, sociolinguistics and translation studies to information technology and cultural studies."--BOOK JACKET.Title Summary field provided by Blackwell North America, Inc. All Rights Reserved

Lexicon Grammaticorum is a biographical and bibliographical reference work on the history of all the world's traditions of linguistics. Each article consists of a short definition, details of the life, work and influence of the subject and a primary and secondary bibliography. The authors include some of the most renowned linguistic scholars alive today. For the second edition, twenty co-editors were commissioned to propose articles and authors for their areas of expertise. Thus this edition contains some 500 new articles by more than 400 authors from 25 countries in addition to the completely revised 1.500 articles from the first edition. Attention has been paid to making the articles more reader-friendly, in particular by resolving abbreviations in the textual sections. Key features: essential reference book for linguists worldwide 500 new articles over 400 contributors of 25 countries 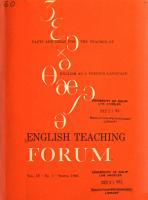